We would like to offer our sincere support to anyone coping with grief. Enter your email below for our complimentary daily grief messages. Messages run for up to one year and you can stop at any time. Your email will not be used for any other purpose.

Share a memory
Obituary & Services
Tribute Wall
Read more about the life story of Walter and share your memory.

Walter was born on June 8, 1942 in Adams MA. He grew up in North Adams, MA and attended St. Joseph’s High School there. He credits the Sisters of St. Joseph of Springfield, who provided eduction at St. Joseph’s High School, for encouraging him to attend University of Notre Dame in South Bend, IN where he received his undergraduate degree in electrical engineering. From there, he earned a Master’s degree and Ph.D. in electrical engineering from the Massachusetts Institute of Technology in Boston MA. He then returned to the University of Notre Dame as a professor of electrical engineering. Walter became Department Chairman of Electrical Engineering at the University of Missouri Rolla (now Missouri University of Science and Technology) in Rolla, MO in 1986 and subsequently was promoted to the Chief Academic Officer (Provost) of that institution. He was a math whiz and inveterate traveler.

Special thanks to all the friends at Richmond University Medical Center for their support, and to Laura’s sister and brother-in-law Sandy and Sanford Kaiser for their love and kindness.

To send flowers to the family or plant a tree in memory of Walter Joseph Gajda, Jr., please visit our floral store. 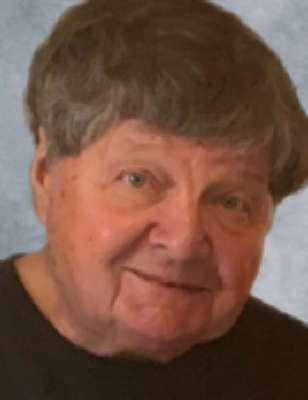 Look inside to read what others
have shared
Family and friends are coming together online to create a special keepsake. Every memory left on the online obituary will be automatically included in the book.

Look inside to read what others have shared

Family and friends are coming together online to create a special keepsake. Every memory left on the online obituary will be automatically included in the book.

You can still show your support by sending flowers directly to the family, or by planting a memorial tree in the memory of Walter Joseph Gajda, Jr.
SHARE OBITUARY
© 2023 All Faiths Cremation Service, LLC. All Rights Reserved. Funeral Home website by CFS & TA | Terms of Use | Privacy Policy | Accessibility