We would like to offer our sincere support to anyone coping with grief. Enter your email below for our complimentary daily grief messages. Messages run for up to one year and you can stop at any time. Your email will not be used for any other purpose.

Share a memory
Obituary & Services
Tribute Wall
Read more about the life story of Christopher and share your memory.

On Tuesday, June 7th, 2022, Christopher Patrick Richards passed away from complications associated with stomach cancer, surrounded by family and his loving girlfriend, Lianna Estrada. Patrick, as his friends and family called him, was born on August 20, 1970 in Clarksburg, WV. The son of the late Sharon Lea Embry, Patrick grew up in the Stealey section of Clarksburg and credited his upbringing to not only his amazing mother, but also to his Mama, Martha Lee Richards and Granny, Mable Reeves.

After a successful career in the automobile industry, Patrick began working for a medical device company. It was there that he made the decision to return to school to become a nurse, an occupation near and dear to his heart. Patrick went to Bergen County College and obtained a degree in nursing, becoming a registered nurse in 2012.

Patrick began his career in nursing at Englewood Hospital where he worked as a dialysis nurse. He later took a position with Baxter Healthcare Corporation as an acute therapy development renal specialist. It was at Baxter that Patrick worked with countless doctors and nurses throughout the major trauma hospitals in NYC and Long Island. Patrick or C.P.R as his coworkers called him, was an essential part pf the Baxter team who assisted these hospitals with procuring much needed medical supplies through the height of the pandemic.

Patrick Richards was not an easy man to describe. At times he could be quiet and reserved, not quick to share personal details. But if you were lucky enough to get a deeper look into who he was, you would find an incredibly kind, loving person who was passionate about those people and things that he loved most. Patrick cherished his family. He was deeply affected by the loss of his mother Sharon and more recently the passing of his sister Jessica Embry. He remained close to his Aunt Martha, Uncle Frank and cousins, LaRessa and Teresa, and would travel back to West Virginia to spend time with them.

A proud alumnus of West Virginia University, Patrick was a true “Mountaineer” who never missed a football or basketball game and delighted in teaching the “Eat Shit Pitt” chant. He was also a diehard Steelers fan who would email their season schedule so you knew which days he would be “unavailable”. He proudly sported his Steelers gear around town even when surrounded by local Giants fans. A lover of all things “high tech,” Patrick had quite the collection of gadgets, and talked quite a few friends and coworkers into purchasing drones.

Over the last five years, Patrick enjoyed spending time with his girlfriend Lianna. They loved traveling, going to the movies and experiencing all the “foodie” places they could. Their favorite brunch spot was the Brownstone Pancake Factory, which is where they had their first date. Lianna was there every step of the way during Patrick’s cancer diagnosis and treatment and his family will forever be grateful for her support.

You couldn’t describe Patrick without mentioning his love of dogs. He was the proud fur dad to his beloved Minnie who was his buddy for over 12 years until he lost her in 2015. In 2019 he rescued his current pup, Kacie, who he lovingly called his 70lb mush.

Patrick leaves behind several aunts, uncles and cousins as well as his girlfriend, Lianna, and his beloved dog, Kacie. At Patrick’s request, he has been cremated. There will be a memorial held at a later date in New Jersey.

In lieu of flowers, Patrick asked that donations be made in his name to the organization where he rescued Kacie; Eleventh Hour Rescue, PO Box 218, Rockaway NJ 07866 (website: www.ehrdogs.com)

To send flowers to the family or plant a tree in memory of Christopher Patrick Richards, please visit our floral store. 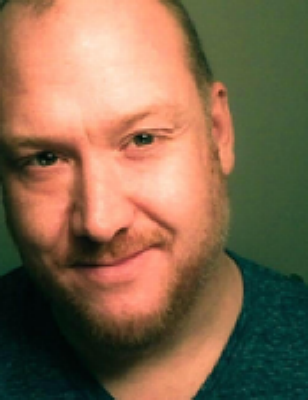 Look inside to read what others
have shared
Family and friends are coming together online to create a special keepsake. Every memory left on the online obituary will be automatically included in the book.

Look inside to read what others have shared

Family and friends are coming together online to create a special keepsake. Every memory left on the online obituary will be automatically included in the book.

You can still show your support by sending flowers directly to the family, or by planting a memorial tree in the memory of Christopher Patrick Richards
SHARE OBITUARY
© 2023 All Faiths Cremation Service, LLC. All Rights Reserved. Funeral Home website by CFS & TA | Terms of Use | Privacy Policy | Accessibility